We use cookies to improve your experience on our site. By using this website you agree to our Cookie Policy.
Got It!
Skip to content
Slide 1
Journey
It is good to have an end to journey toward; but it is the journey that matters, in the end.
READ MORE
Slide 2
Road
Life is not always perfect. Like a road, it has many bends, ups and down, but that’s its beauty.
READ MORE
Slide 3
Adventure
Always remember, it’s simply not an adventure worth telling if there aren’t any dragons.
READ MORE

What makes this slider look so special? It’s the fact that on each slide you see a blurred background image, then in a couple of seconds, the sharp version of the image appears in the middle. It’s like the image isn’t blurred, and more vivid in the middle.

Creating such effect is simple, but you’ll need two images to achieve it. First you need the blurred image, to use it as the background image of the slide. It’s big enough to fit into a full HD screen. You can blur the image with your image editor, and apply the dark overlay. Or, you could use the Blur and Overlay options available in Smart Slider. Then, you’ll need another image, which isn’t blurred or darkened. This image should be a crop from the middle of the large image.

There aren’t many layers in the Blur slider, but you can find the most essentials. There’s a heading layer, what you can use to create a nice headline. You can put longer, descriptive text into the text layer. Creating a call to action button is super important, as it helps a lot with conversion. We’ve prepared a button layer for you in the Blur slider template. Additionally, there’s an image layer where you can place the cropped image.

The Blur slider template is rich in animations. The first animation you’ll see when you open the slider is the layer animation. This animates in the layers. The layer animations on the layers have two different behavior. The image layer simply fades in, while the textual layers move in from the right.

The second animation you’ll notice is the 3D parallax effect on the image layer. As you move the mouse cursor above the image, it reacts to it with a cool movement. To enable this effect on a layer, first you need to turn on the 3D parallax at the Animations tab of your Slider settings. Then you’ll need to set the parallax at the layer where you want to use it. The last animation is the Horizontal Main Animation, which you’ll see during slide switching.

In Smart Slider, aligning happens from the parent element. So, if you want to move your layers up, look for the Vertical align option on their parent. Similarly, you can align the layers horizontally from the parent as well. Additionally, this Inner align option is device specific, as demonstrated on this template. On desktop the texts are left aligned, whereas on mobile they’re centered.

Related Post: Everything You Need to Know about the Parallax Effect 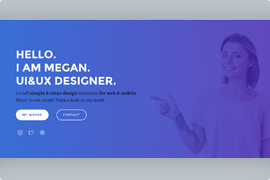 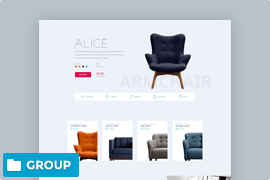 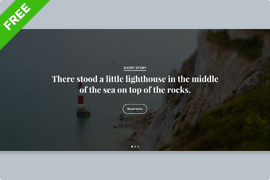 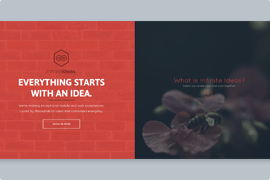